Paulo Furtado is one possible missing link between Robert Johnson’s White Stripes blues,  Tom Waits’ poesie, and Nick Cave’s spleen. Or, let’s say, a modern incarnation of the sinuous paths of blues & rock’n’roll. Thanks to his multi-instrumental abilities and orchestration gifts, Paulo Furtado also succeeded where a lot failed, in brilliantly combining two universes meant to melt perfectly, that is the immediate ardor of the Rock and the -sometimes infinite- cinema temporalities. And this is exactly where we expected The Legendary Tigerman, right next to an open world of moving pictures and atmospheres. From the blistering blues of fiery Nevada motels nights to the sometimes voluptuous blues of early morning sailors’ errands in Porto’s taverns; or the legendary Bōsōzoku races, where the roar of yakuza motorcycles perfectly blend with rough guitars and wheels’ screeches on the road.

Tigerman is a visceral bluesman with a globalized culture. The kind you can’t find anymore, cosmopolitan, and with hybrid influences mixing retro and modern. He is the rocker who will remain faithful to his Ray-Ban Aviator and his leather jacket. He is also the one who will easily share his microphone with exceptional women such as Asia Argento, Peaches, Becky Lee, or Jehnny Beth from The Savages. Paulo is based between Lisbon and Paris, and is a member of the Portuguese Rock and Ska band Wraygunn, on vocals and lead guitar.

Cinema is undoubtedly tied up with Paulo Furtado’s career. This essential synergy led him, among other projects, to co-write and direct the psychedelic road movie How To Become Nothing (Fade Into Nothing). He also signed the soundtrack of Última Hora, a play by Gonçalo Amorim in 2022. It is not surprising that Paulo Furtado has attracted the attention of world-renowned and multi-awarded directors such as Gus Van Sant in 2020. He called on Tigerman for his project, Trouble, a musical show dedicated to modern art and pop-art founder, Andy Warhol. In 2022, he also signed the soundtrack of The Odd Enchantment of Madam P., directed by Sara Driver, another iconic movie figure, known for being Jim Jarmush’s first movies producer.

Best described as a “one-man band”, The Legendary Tigerman also stands out in his ability to compose on modular synths, a very demanding practice that put him directly in line with Wendy Carlos’s legacy (The Shining), one of the best in the field. Paulo Furtado’s soundtracks are rooted in organic, almost acoustic sounds and extend to complex compositions and arrangements of synthetic music, keyboards and synths, organic textures, strings, and horns. While he always anticipates the colors and textures of his original music compositions, in the quest for the “perfect sound”, he can rely on his studio, which is a real museum of vintage and modern stringed instruments, analog and modular synths, classical and digital keyboards, and other rare instruments. This is the uniqueness and signature of The Legendary Tigerman.

That led him to be a regular nominee for the Sophia Awards (the most important awards for television and cinema in Portugal), having already won twice the award for Best Original Music Score for Ornamento e Crime (2015) and Estrada de Palha (2012). 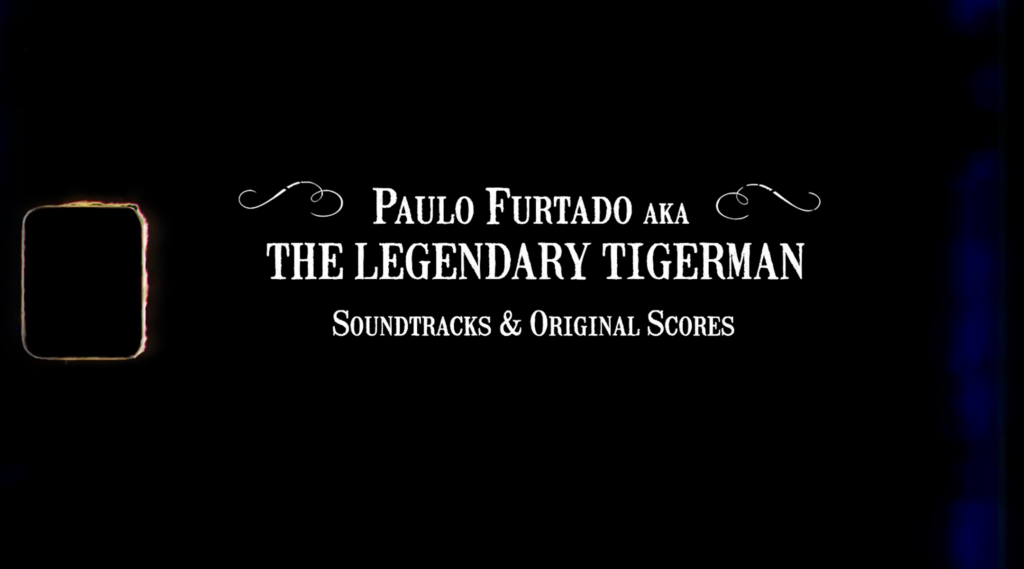